I’ve been really fortunate to attend a multitude of amazing online marketing conferences over the last year. I’m talking about SMX West 2011, ad:tech San Francisco 2011, and SMX Advanced Seattle 2011. Today, I’m thrilled to write about SES San Francisco 2011 – I spent all day at this search marketing conference today and had a great time. Also, as always, I’m thrilled to share a bunch of cool pictures from the event!

It’s All About Networking at SES San Francisco 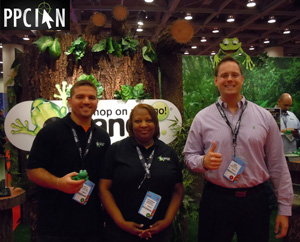 As always, my favorite part of online marketing conferences is the amazing networking. It’s all about the networking. Today was an action-packed day of networking for sure. It all started off in the Expo Hall. I met up with my friends from eZanga (check out the picture to the right). For those that don’t know, eZanga is an awesome 2nd tier search engine. I have experienced considerable success on 2nd tiers and highly recommend them. After all, the 1st tiers get so competitive that it’s often easier to drive higher percentage margins on 2nd tier search engines such as eZanga. I was really impressed with eZanga’s jungle-themed booth.

Next, I met up with my friend Marc Poirier from Acquisio. I was thrilled to meet up with Marc because I learned earlier in the day that Acquisio Secured $12.1 Million In Series B Funding. How cool, I’m super impressed. I didn’t get a chance to get a photo with Marc and the Acquisio team because they were so busy. Honestly, I walked by their booth about 10 times and they were always completely busy (clearly shows that Acquisio has a lot of fans like me). 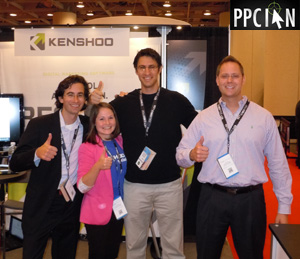 Next, I continued to make my rounds and headed over to the Kenshoo and Marin Software booths. For those that don’t know, Kenshoo and Marin Software are two of the most amazing online marketing platforms around. (You may wish to check out my SEM Automation Whitepaper and post about PPC Automation.) Online marketing campaigns are more complex than ever. I’ve personally experienced outstanding results with platforms like Acquisio, Kenshoo, and Marin. I highly recommend checking them out – your results and productivity will skyrocket.

In addition to the Expo Hall, I attended a really exciting SEMPO Board of Directors Lunch. This invite only lunch gave SEMPO (Search Engine Marketing Professionals Organization) members the opportunity to network with SEMPO’s Board of Directors and leadership. I made some amazing connections and was truly impressed with the caliber of marketers at this lunch. If you’re not in SEMPO, I highly recommend signing up! Last, I met up with with some amazing old friends from Nextag and Stanford. It’s such a small world and always so much fun running into old friends. 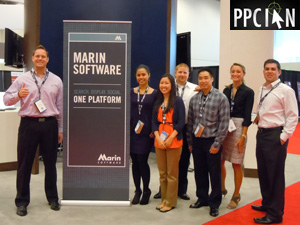 Aside from the amazing networking, what else did I enjoy about SES San Francisco? A whole lot! While the conference was less busy than SES San Francisco 2010, it was still an amazing time. First and foremost, I had an absolute blast in the social media sessions. Everyone’s always talking about social these days, but it’s for good reason. It’s limitless and there’s so much to learn. For those of you attending days 2 and 3 of SES, make sure to go to the social media sessions – they are among the best at the conference in my opinion.

Also, it was really great to see Google promoting their new doubleclick search version 3 platform. Not only did Google promote doubleclick search via their huge booth in the Expo Hall (picture below) but also they gave a live demo of the new platform. (It was great to hear my friend Kit speak, you can see a picture of PPC Ian and Kit in my post about Networking With Google.) As mentioned earlier, it’s all about SEM tools. Now, there’s one more amazing tool to improve your marketing operations and efficiency!

Last, I felt that the free goodies were great this time. Symantec is giving away really cool remote controlled H2 Hummers. I was particularly impressed to see Symantec integrating Verisign into the Yahoo! organic search results. If a site is Verisign certified, the Verisign logo shows up there right in the Yahoo! search results – pretty cool. I’m actually done with the conference for the rest of the week (my team is sharing the pass) but will be most likely attending some of the events at night over the next few days. Are you attending SES San Francisco this year? 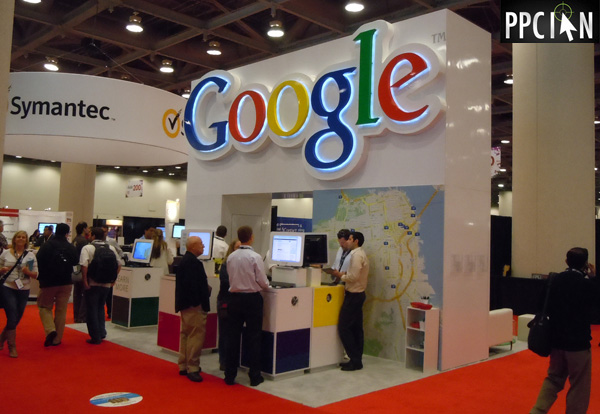 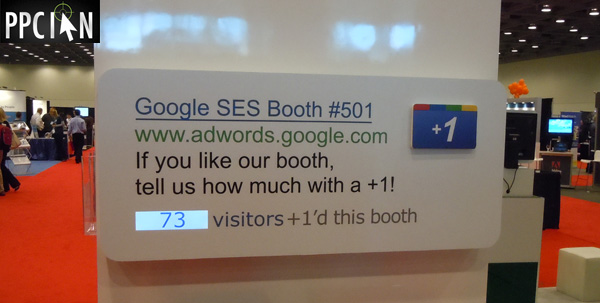 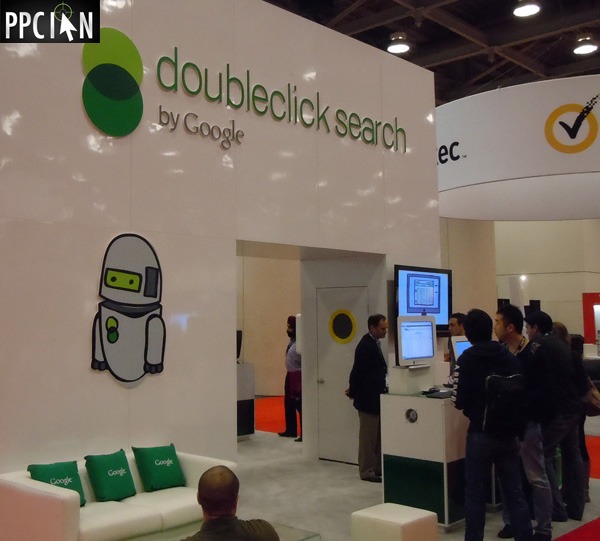 doubleclick search Made a Huge Debut at SES San Francisco