You are here: Home / Archives for giants 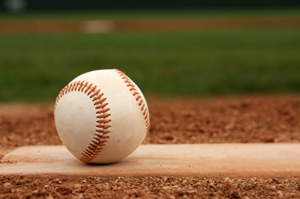 With baseball season upon us and San Franciscans sniffing rawhide, it’s time for a fun blog post: if the Giants starters were SEM channels, which would they be? (Based on Ian’s recent weekend musings about trips to AT&T, I’m guessing he’ll like this topic.)

Tim Lincecum – All the rage. The people’s choice. A merchandise-moving combo of style and substance. And like Timeline and its page-loading issues, Timmy’s fastball doesn’t get there quite as quickly as it used to. Yeah, he’s the Facebook of the starting five.

Matt Cain – Steady. High-performing. Reliable. Consistent. He’s not the flashiest choice, but he sure gets the job done. Sounds like AdWords to me.

Madison Bumgarner – He’s young, he’s developing, he’s already had a big impact, and just about everyone (Giants check-writers included) is betting on him going from star to superstar over the next year or so. Madison = mobile.

Ryan Vogelsong – He’s been around for a while (longer than you’d think). And while his performance used to be underwhelming, he’s better than he’s ever been, thanks to a trickle of adjustments and improvements, including better (retargeted?) control. Display it is.

Barry Zito – He was a whole lot more valuable 10 years ago, and just when you’re ready to write him off for good, he pulls out a gem and keeps hope alive. Do you Yahoo, Barry? (They also love him on Pinterest.)

– Hillary Read is the Marketing Manager at PPC Associates and is thankfully not in charge of any SEM accounts. But she is a huge baseball fan.