You are here: Home / Campaign Tips / Ad Rotation Is Changing On Google AdWords

I’m a huge fan of Google’s ad rotation. There are three settings right now: rotate evenly, optimize for clicks, and optimize for conversions. All three have their time and place. In the case of rotate evenly, some major changes are happening. You can read all about the New Changes To Ad Rotation on the Google AdWords blog. 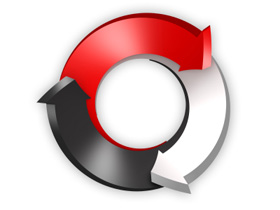 So what’s happening? Basically, rotate evenly will only work for 30 days. Then, after 30 days, Google will start optimizing for clicks. I can totally see why Google is doing this. I’m sure plenty of advertisers set rotate evenly during ad copy testing and then forget all about it. Due to a less than optimized CTR (they forgot to conclude the test and pick a winner), the advertiser is getting fewer clicks and Google is earning less revenue that way. And, honestly, from an advertiser’s perspective it is nice to have something like this in place because we all forget about ad copy tests from time to time.

That said, there are some downsides here. First, when I test ads, I like to look at both CTR and conversion rate. It’s easy to conclude a winner based on CTR since it’s top of funnel and statistical significance comes fast. However, if you’re in a lower conversion rate vertical, getting statistical significance on conversion rate can take some time. Frequently, it will take more than 30 days. In my opinion, 30 days is just not enough. Therefore, the 30 day limit will lessen the ability to perform a proper ad copy test for certain advertisers.

The second downside I see here is you cannot use rotate evenly to allocate ads anymore. Let’s say you have a specific allocation in mind. Let’s say you have two ads, one of which should show up 90% of the time with the other showing up 10% of the time. The historical trick was to set the campaign to rotate evenly and then to deploy the first ad 9 times and the second ad 1 time. That quick hack gets you exactly the ad allocation you want. However, with rotate evenly only lasting 30 days, this ability will become too cumbersome. Sure, you could re-deploy all the ads every 30 days, but that’s certainly going to create more work.

So, where does this leave us? Really, I see two action items. First, it will be critical to perform an account audit. Where are you utilizing rotate evenly? Find ways to conclude those tests and get away from rotate evenly. To the extent you can figure it out ahead of time, there will be no unwanted surprises. Second, it’s time to really think through ad copy testing strategy. Some of the strategies that were used in the past may no longer be viable (especially if your tests took more than 30 days). This applies not only to ad copy testing, but landing page testing too (if you happen to test landing pages by splitting ads via rotate evenly). Best of luck! Personally, I’m not the largest fan of this particular change, but it also probably won’t be that big of a deal for the majority of advertisers.